During World War II, in October 1943, the predecessor to the Paper Museum, Oji Paper’s “Archives of Paper-related Materials” was established. The Archives were created by Kiyofusa Narita, who was a member of the staff of Oji Paper at that time. In addition to the company’s original historical documents and materials, the archives had samples of handmade Washi paper, books and materials relating to Washi and Western-style paper. Those items were collected by Narita with great effort during war time. 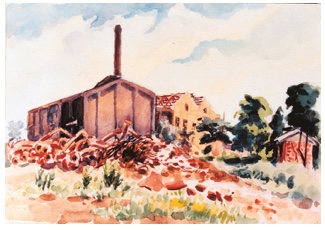